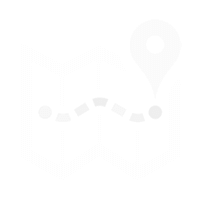 1.2. The Slopes include an area that includes a landing area and lifts specifically designed for downhill skiing or snowboarding.

1.5. The Owner grants the User permission to use the Slopes only in accordance with the terms of this Agreement.

1.6. The tracks can be used only by those persons who have purchased a valid Ticket, purchased or received at the box office of Liepkalnis ski resort from the staff of Liepkalnis ski resort. Persons who have not received the Owner's permission to use the Slopes or who do not have a valid Ticket are not entitled to use the Slopes.

1.8. The obligations of the User and the rights of the Owner set forth in this Agreement are binding on those persons who actually use the Slopes or are in the territory of the Slopes without using them without a Ticket or with an invalid Ticket or before and after the expiry of the Ticket. By using and / or being on the Slopes, the person undertakes to comply with the terms of this Agreement.

1.10. It is forbidden to have (ride with or without muzzle, keep in a cage, etc.) dogs and other animals on the Slopes.

1.11. For a fee teach snowboarding or skiing on the Slopes and any economic or commercial activities on the Slopes are only possible with the prior written consent of the Owner. Violation of this clause (suspected violation thereof) is the basis for recognizing the User for gross violation of the rules and / or forbidding the use of the Slopes indefinitely.

1.12. Disputes and disagreements that arise for the Parties during the performance of this Agreement shall be immediately resolved through mutual negotiations (e-mail info@liepkalnis.lt ). If they cannot be resolved through mutual negotiations, both Parties have the right to apply to a court in accordance with the laws of the Republic of Lithuania. The State Consumer Rights Protection Service is competent to settle consumer disputes out of court (Vilniaus St. 25, 01402 Vilnius, e-mail tarnyba@vvtat.lt, phone 8 5 262 67 51, fax (8 5) 279 1466, website www.vvtat.lt), as well as to the territorial subdivisions of the State Consumer Rights Protection Service in counties or to fill in the application form on the EGS platform http://ec.europa.eu/odr/ ”.

2.1. From the moment a natural person has purchased a Ticket, he is considered a “User” within the meaning of this Agreement and is bound by this Agreement.

2.2. The term of the Agreement expires, together with the right to use the Slopes, if the time specified in the Ticket or the number of landings expires.

2.3. The term of the Agreement expires together with the right to use the Routes if the person's Ticket is canceled due to non-compliance with the terms of this Agreement.

3.1. This Agreement entitles the User to use the Trails for downhill skiing or snowboarding (hereinafter referred to as “Inventory”).

3.2. Only technically sound Inventory is allowed on the tracks.

3.5. The terms of this Agreement are binding on all Users, regardless of whether they use their Inventory or rent it from the Owner or third parties.

3.6. It is forbidden to use toboggans, films, cross-country skis, etc. on the tracks, as well as other ride equipment, except for the one specified in the Rules.

4.1. The user has the right to use only the part of the mountain slope reserved for downhill skiing or snowboarding (hereinafter referred to as the "Slopes landing area"). It is forbidden to use the lift road for landing. A lift path is considered to be a conditional line on which users ascend a slope using a lift.

4.4. The User has the right to use only such Inventory on the Tracks that is technically in order. Before each landing, the user must make sure that the Inventory is in good technical condition.

4.5. The User is not allowed to walk in the area of the landing and the area of operation of the lift. In cases where the User is forced to walk around the Slopes Landing Area, picking up a fallen item of inventory (such as a ski that has slipped on the Slope) or for assistance in the event of an accident, the User must move without disturbing other Users as much as possible.

4.7. The User assumes full responsibility for his safety, health and life on the Slopes and is responsible for ensuring that the selected speed and maneuvers do not exceed his skill and do not endanger the safety of other Slopes Users.

4.8. The User waives any right of claim and undertakes not to make any property or other claims and claims against the Owner for personal injuries, damage or loss (injuries, inventory, damage to vehicles, etc.) received on the Slopes, if this is the result of a breach or non-compliance with these conditions.

4.9. The part of the track called the "Snow Park" and marked with the appropriate reference can be used by people who have skills and whose skills correspond to the level of difficulty of the springboards and figures. Skiers can use the Snow Park only with helmets on their heads and only under 16 years of age. The staff has the right to prohibit any User from using the Snowboard Park if his abilities or the way he lands is dangerous to himself or other visitors.

5.1. The User wishing to start the ride must make sure that he does not endanger himself and other Skiers after starting the ride.

5.2. Before each landing, The user must assess the quality and condition of the snow cover on the Slopes, as well as the presence of other persons in the landing area, in order to perform safe landing.

5.4. A User may overtake another User from the right or left. The User must leave a sufficient width of the Slope for maneuvering to the person being overtaken.

5.5. The User must keep a safe distance from the front and avoid collisions with the front. The User skiing from above is responsible for avoiding a collision with a person below or in front, and for the consequences of such a collision.

5.6. In poorly visible places on the Slopes or in case of uncertainty, the User is allowed to move at such a speed that it is possible to avoid a collision, regardless of the situation.

5.7. The User is prohibited from crossing the conditional line that separates the lift road from the Slope Landing Area.

5.8. The User must provide assistance in the event of an accident. Any accident must be reported immediately to the Track staff and assistance must be provided if necessary.

6.1.2. It is only possible to attach to and detach from the lift in the designated areas. Uncoupling during take-off is only allowed at the special request of the Slopes staff. Only one User can lift one lift hook / holder (on "Tablet" lifts). A maximum of two Users can lift the hook / anchor (on T-bar lifts).

6.1.3. A User who is not experienced in the use of the lift must inform the Slopes Personnel at the lift so that he can assist.

6.1.4. The user must choose as close and appropriate clothing as possible, and the pockets and clasp must be fastened so that the components of the lift intended for lifting the User to the top of the mountain - the hook, the holder, the anchor (hereinafter referred to as the “Holder / Anchor”) do not get caught.

6.2.1. The User (skier) must remove the stick straps and hold the stick in his hand protruding from the lift. If you are boarding with a snowboard, lift one leg off the snowboard mount.

6.2.2. The User must stand in the immediate vicinity of the lift, but not closer than 0.5 m from the vertical line of his cable so that the User is not touched by the sliding lifts / anchors of the lift. If the sliding Holder / Anchor has damaged the User's clothing for this reason, the Owner will not indemnify.

6.3.1. The user must point the skis or snowboard in the direction of the lift path.

6.3.2. When traveling with the lift, drive straight ahead, without twists and turns and depending on the lifting path. In the event of a fall, the lift path is cleared as soon as possible.

6.3.3. It is forbidden for the user to release the Holder / Anchor directly in front of the lift supports.

6.4.1. Before removing the hook, the User must make sure that the Holder / Anchor is not attached to the clothes or the Inventory to prevent injury to the User (bodily injury) and to prevent damage to the User's clothing and Inventory.

6.4.2. The user must only detach from the Holder / Anchor when the skis are already on a horizontal surface.

6.4.3. The user must immediately clear the area in the direction of the nearest slope so that the next lift user does not cause injury with the released Holder / Anchor.

6.4.4. When uncoupling the lift, the User must not pull the Holder / Anchor to the side or perform any other action that could result in the lift cable being broken or damaged or another person being injured.

6.4.5. In the event that the lift poses a threat to any of the Users of the Slopes, the User must request a loud switch-off of the lift or switch off the lift himself by pressing the “STOP” button.

7.1. The User is liable for any damage and loss he has caused to third parties or the Owner while using the Slopes.

7.2. If the User does not comply with the requirements of this Agreement, the Slope Personnel has the right to cancel his Ticket and prohibit the use of the Slopes. In the event of a serious violation of the Rules, the User is prohibited from using the Slopes indefinitely.

7.3. The User is liable for damage and loss suffered by third parties and the Owner as a result of a breach of the Rules, including non-compliance with the terms of use of the lift.

7.4. In case of loss of the ticket, the User has no right to renew it or refund the amount paid.

7.5. The User is not entitled to demand the exchange of the Ticket for money, if the validity period of the Ticket has started and he is no longer satisfied with the condition of the route surface, the weather or any other circumstances.

8.1. The Owner shall not be liable for any accidents or damages resulting from the User's or third parties' violation of the terms of this Agreement.

8.2. The owner does not take responsibility for damage to inventory, vehicles, other people's property, theft.

8.3. The owner is not liable for any damage or loss caused by improper use of the lift or non-compliance with safety regulations.

8.4. Lift parts can smear the User's clothes in humid weather, The Owner is not responsible for the smeared clothes.

Always evaluate your abilities, as you are solely responsible for your own safety.

In Snow  park is prohibited